Liberty has announced the signing of Peter Moller for the 2014-15 season. This past season Moller was the 2nd leading Danish scorer in the league with 15.2 points per game while also averaging 3.4 rebounds, 3 assists, and 1.5 steals per game. He shot 37.5% from 3-point range while playing over 30 minutes per game. Moller chose Liberty over Drake, Ohio, George Washington, and Northeastern. He is “one of the most heavily recruited D-I prospects in the history of the Global Squad (his AAU team). Over 20 mid-major and high-major schools are working to bring Peter in for the 2014 recruiting class.” 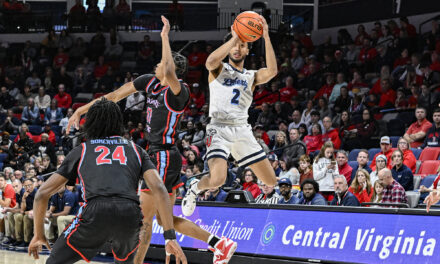