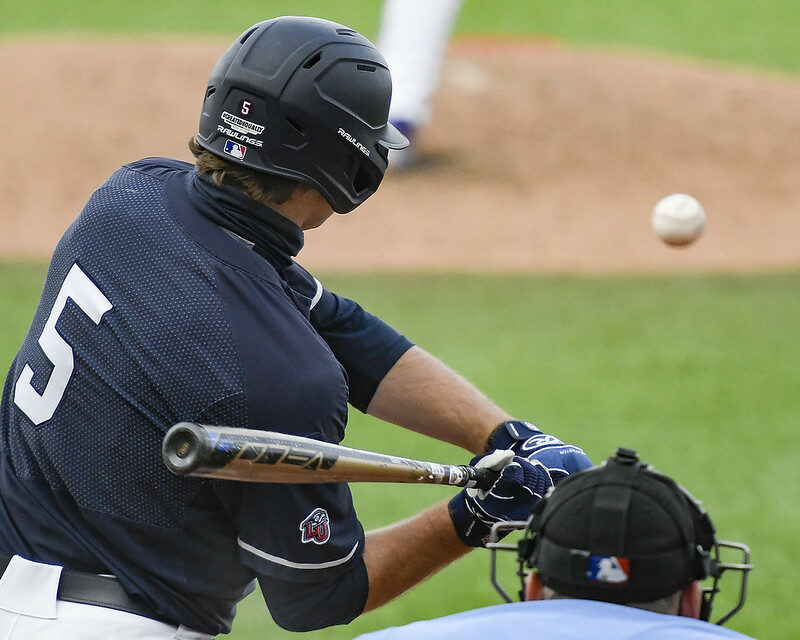 The Flames continue their strong play on the diamond, winning three more games this week running the team’s win streak to 11 games.

Liberty’s bullpen pitchers of David Erickson, Mason Fluharty, and Landon Riley combined to hold the Tar Heels bats in check as the Flames defeated North Carolina for a second straight week. The three relief pitchers allowed just one run on five hits over the final 5 1/3 innings in relief. Erickson picked up the win as he improved to 4-0 on the season. He entered in the top of the fourth inning with the Flames leading 4-3. Erickson entered with a runner on second and two outs and was able to strike out Hunter Stockley to hold the lead.

Left fielder Aaron Anderson drilled a double down the right field line, scoring catcher Gray Betts to give the Flames a 3-2 walk-off win over the Rams at Liberty Baseball Stadium. Landon Riley picked up the win following a scoreless inning of relief in the ninth. Jake Wilson and Anderson each had two hits in the win for the Flames.

Trevor DeLaite, who got the start, and Mason Meyer fanned a combined 11 batters during the first seven innings of the game. DeLaite allowed one run on three hits during four innings while Meyer gave up one unearned run on two hits in three innings. With the win, Liberty remains unbeaten at home, pushing its record to 7-0.

Freshman Trey Gibson did not allow a run over the first 5 1/3 innings as the right-hander struck out eight and walked two.He has now picked up a win in each of his last three innings. Fraser Ellared followed Gibson with 1 1/3 innings of scoreless relief while striking out six and walking one.

PLAYER OF THE WEEK: AARON ANDERSON

Anderson played a key role in each of Liberty’s wins this week, including a walk-off double against VCU on Saturday. The left fielder was 6 for 11 batting in the three games this week to go along with 4 runs scored, 4 RBIs, and 3 doubles. Anderson leads the team in batting average this season at .319. He leads the team with 23 hits, 9 doubles, and 13 RBIs.

PITCHER OF THE WEEK: LANDON RILEY

In relief this week, Riley picked up the save against UNC and the win on Saturday against VCU. He pitched 2.1 innings without allowing a hit or a run with three strikeouts. Riley has yet to allow a run this season in his 8.2 innings pitched and 8 appearances. He’s 1-0 with a team-best 6 saves. Opponents are batting just .143 against Riley this year as he helps lead a talented and deep Flames’ bullpen.

Liberty returns to action on Wednesday at 4 pm at Liberty Baseball Stadium in Lynchburg against Virginia. The Cavaliers are 8-10 on the season and 2-9 in ACC play so far this season. UVA lost two of three at North Carolina at the end of February and have lost two games this weekend against Pittsburgh. The Cavaliers and Pitt are scheduled to meet in the series finale Monday afternoon at 2 pm in Charlottesville.

The Flames then hit the road for a three game series in Louisville, Kentucky against ASUN and Division I newcomer Bellarmine. The Knights are 7-10 this season and 3-3 in ASUN play. Bellarmine was swept by Kennesaw State a week ago, and are coming off a three-game sweep at home against North Alabama. 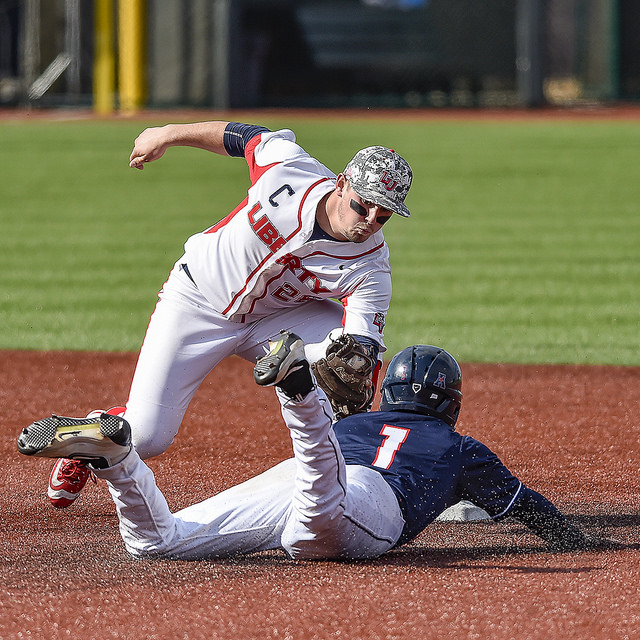 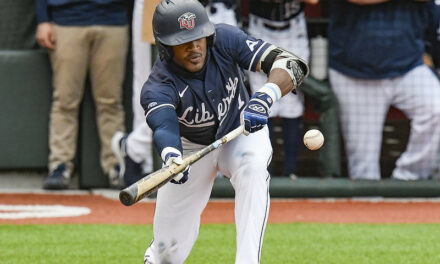