Behind 7th year head coach Dot Richardson, the Liberty Lady Flames softball team has been selected as ASUN Preseason favorites as voted on by the league’s coaches, narrowly edging out Lipscomb.

Liberty is trying to get back to NCAA Regional play after a one year hiatus. The Lady Flames finished their first year in the ASUN with a 40-22 overall record and 16-5 mark in ASUN play before falling in the ASUN Tournament. Liberty did advance to the NISC Championship for the 2nd time in three years.

Richardson returns dynamic sisters Amber and Autumn Bishop who were named first-team all-ASUN for their achievements last year. Amber was recently named to the Top 50 Watch List for the 2020 USA Softball College Player of the Year. The senior second baseman hit .355 for the Flames last season, she is a three-time first-team All-Conference selection, as she was named first-team all-Big South in 2017 and 2018. She led the ASUN in hits (72), home runs (13), and slugging percentage (.626) while also adding 16 doubles, 38 RBIs, and 42 runs scored.

Her sister Autumn returns at first base after earning her third consecutive first-team All-Conference recognition last season just like Amber. Autumn posted a .352 batting average and a league best .459 on-base percentage with 8 doubles, 32 RBIs, and 17 multi-hit games. She was also named to the NISC All-Tournament Team for both the Regional and National Rounds.

Madison Via also returns from a 2019 campaign where she was named second team all-ASUN. The starting right fielder batted .323 with 7 doubles, 5 triples, 4 homeruns, 22 RBIs, 42 runs, a .502 slugging percentage, .382 on-base percentage, and a team-best 19 steals. The junior from Roanoke was named first-team all-Big South as a freshman.

Sophomore outfielder Kara Canetto was named to the ASUN All-Freshman Team despite missing the end of the season with an injury. She batted .296 with 4 doubles, 1 triple, 16 RBIs, 16 runs, and 9 steals.

Liberty faces its toughest schedule in program history with nine games against teams that advanced to the NCAA Softball Super Regional, including reigning champions UCLA. The season opens Friday, February 7 in the NFCA Division I Leadoff Classic in Clearwater, Florida which will be televised on YouTube. The Flames’ first game on Friday is at noon against No. 15 Kentucky with another game against Illinois to follow shortly after. Liberty will also face No. 22 Auburn (Saturday at 10 AM), Mississippi State (Saturday at 12:30 PM), and No. 21 Ole Miss (Sunday at 10 AM) as part of the NFCA Division I Leadoff Classic this weekend.

The Lady Flames will stay in Clearwater and face Team USA on Wednesday, February 12th at 4 PM in an exhibition before five games in the St. Pete/Clearwater Elite Invitational where Liberty will face Alabama, Missouri, Washington, UCLA, and Florida State, with all games televised on ESPN3. 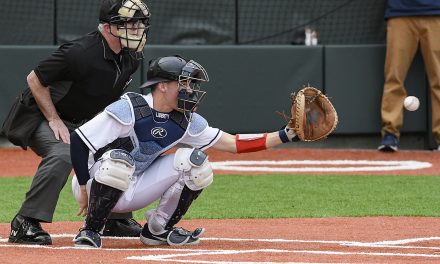 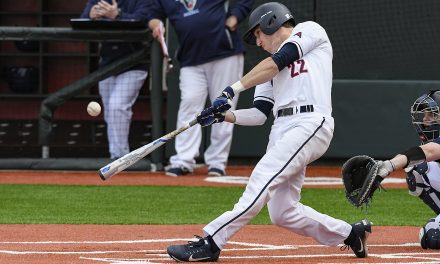